Stone abutments and deteriorating girders necessitated the replacement of this rail bridge. Careful preparation and staging were paramount in the replacement of this bridge, which was completed in one night. The existing track and girders were removed, and a pre-fabricated superstructure and new grillages were quickly placed, secured, and readied for installation of the track. A portion of the existing stone back wall was removed in order to accommodate the new structure, and a new back wall was formed and cast in place. 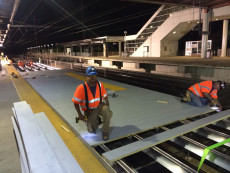 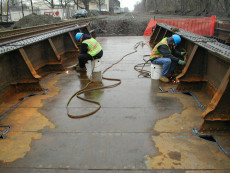 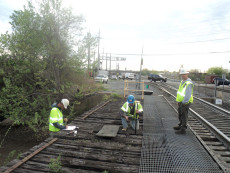 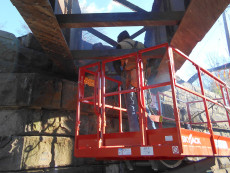 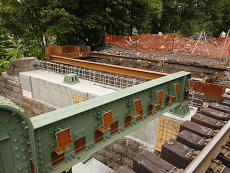